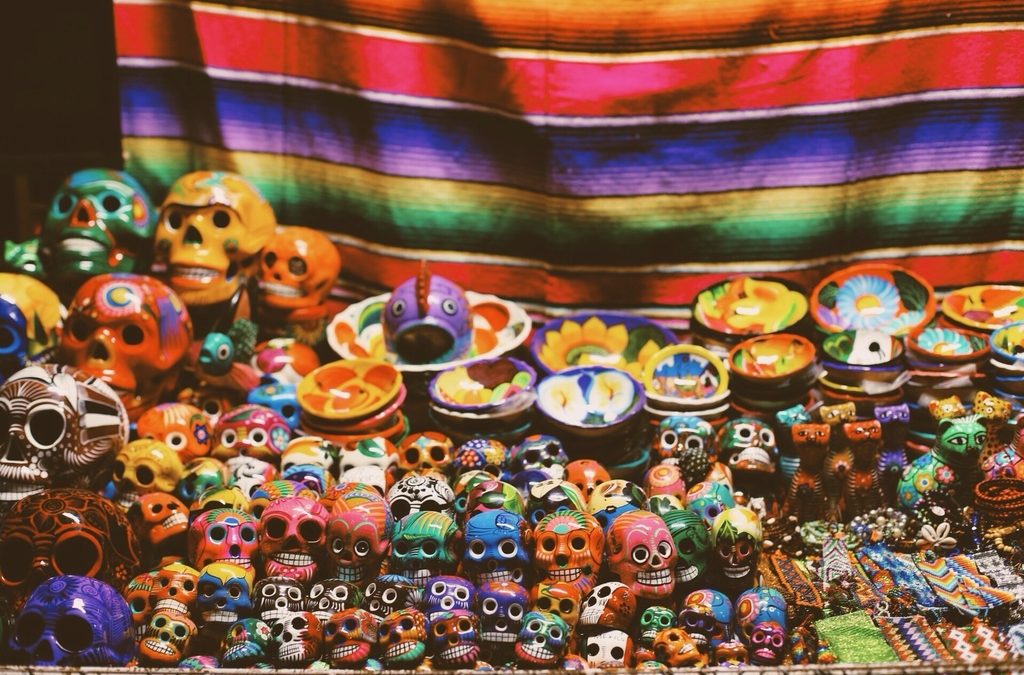 Mark Dia de los Muertos—the Mexican Day of the Dead—in Miami this year and track down the perfect cuisine for this wonderful and meaningful holiday here at Oh! Mexico. Whether you’re coming for a casual drop-by meal or an organized communal feast, we’re the perfect place to eat!

Dia de los Muertos: The Day of the Dead

Día de los Metros is a Mexican holiday that represents a fusion of traditions: the ancient, pre-Columbian ancestor worship and celebrations practiced by the Aztecs and other regional indigenous cultures merged with the Christian customs of Allhallowtide (All Hallow’s Eve, All Saint’s Day, and All Soul’s Day) brought over by the Spanish colonizers.

Now coinciding with that Allhallowtide window of October 31st through November 2nd, the Day of the Dead is a time when people remember family members and friends who’ve passed on by visiting cemeteries and decorating in-home altars called ofrendas that feature photographs of the deceased, food and drink offerings for them, marigold blooms, and often images and figurines of skulls (calaveras) and skeletons (calacas). The richly decorated calaveras and the festively depicted calacas aren’t frightening or grim illustrations, but instead merry symbols suggesting a happy afterlife and the joy of the living in remembering the dead.

Among the vigorous Dia de los Metros celebrations going down in and around Miami, you’ll find one of the biggest in the entire country: the Florida Day of the Dead Celebration, which takes places in Downtown Fort Lauderdale on Saturday, November 2nd. Its highlights include a Skeleton Processional complete with mariachi performers, onstage ballet folklorico and live music, the magnificent Offend Exhibition, and the Craft Crypt, a major setup of arts-and-crafts vendors.

Join Us at Oh! Mexico for a Day of the Dead Feast in Miami Beach

Feasting is part of the Day of the Dead tradition, and we’d love to welcome you to our table here at Oh! Mexico for some of the best Mexican cuisine in South Florida: We’re the perfect spot for a celebratory group Dia de los Muertos meal! From our decked-out lineup of tacos and our crowd-pleasing appetizers to our Pozole and Tortilla Soup—not to mention lavish desserts and a diverse drink menu featuring some awesome tequilas and mescals—you’ll be beautifully set up to mark the holiday at our Espanola Way restaurant in South Beach.

Make your reservation for the Day of the Dead window or inquire about group dining and private dining today, and come join us at Oh! Mexico for Dia de los Muertos 2019!