Indulge in some wholesome frights and spend a bit of quality time with palm-shaded pumpkins by celebrating Halloween in Miami Beach this year—and make an awesome meal at Oh! Mexico part of your holiday festivities!

Here’s a look at a few of the Halloween events going down in Greater Miami this fall, to help you plan your ghost- and goblin-ridden route around town and figure out the most opportune time to enjoy some of the best Mexican cuisine South Florida can deliver.

Open all year, PARANOIA Horror Maze certainly achieves its highest profile in this scariest of seasons. Set in the Wynwood Arts District, PARANOIA is for the stouthearted and the adventurous, given the freakiness in store for anybody who enters its shrouded labyrinth. “This maze is NOT for the faint of heart,” as the official website explains, “rather for EVERYONE who is curious & open-minded to test their limits of FEAR.

If that sounds like you, have at it! (Best to bring a buddy or four, unless you’re really the gritty sort.)

Another adult-oriented, scare-heavy attraction, Fright Nights—situated at the South Florida Fairgrounds—includes not one but four haunted houses this year: Sunny Shores Hotel, Dead Time Stories, the Cuckoo’s Nest 3, and El Orfanato. Those horrifying haunts come on top of several scare zones and other deliciously freaky attractions.

One of the top-rated haunted houses in South Florida, Enigma Haunt in Boca Raton encompasses three different terrifying environments within a 19,000-plus-square-foot layout; it takes better than an hour to work through all three, for those brave enough to try.

A Halloween experience of a decidedly different flavor, Howl-O-Ween at Pinecrest Gardens is a chance for dog and dog-owner to celebrate the holiday together. From the pumpkin patch to the Doggie Fun Zone Agility Course, enjoy this year’s edition of Howl-O-Ween on October 27th.

Ghosts in the Garden

On the same day, you’ve got a family-friendly, all-ages Halloween party to enjoy at the Miami Beach Botanical Garden, where Ghosts in the Garden’s Jack-o-Lantern carving, costume, and All Hallow’s Eve crafts will be on offer from 11 AM to 2 PM.

When you’re not having a hair-raising time in a Greater Miami haunted house—or, less heart-poundingly, marching in a costume parade or kicking back in the pumpkin patch—we invite you to tuck into tacos, quesadillas, pozole, and other south-of-the-border deliciousness here at Oh! Mexico on Espanola Way! 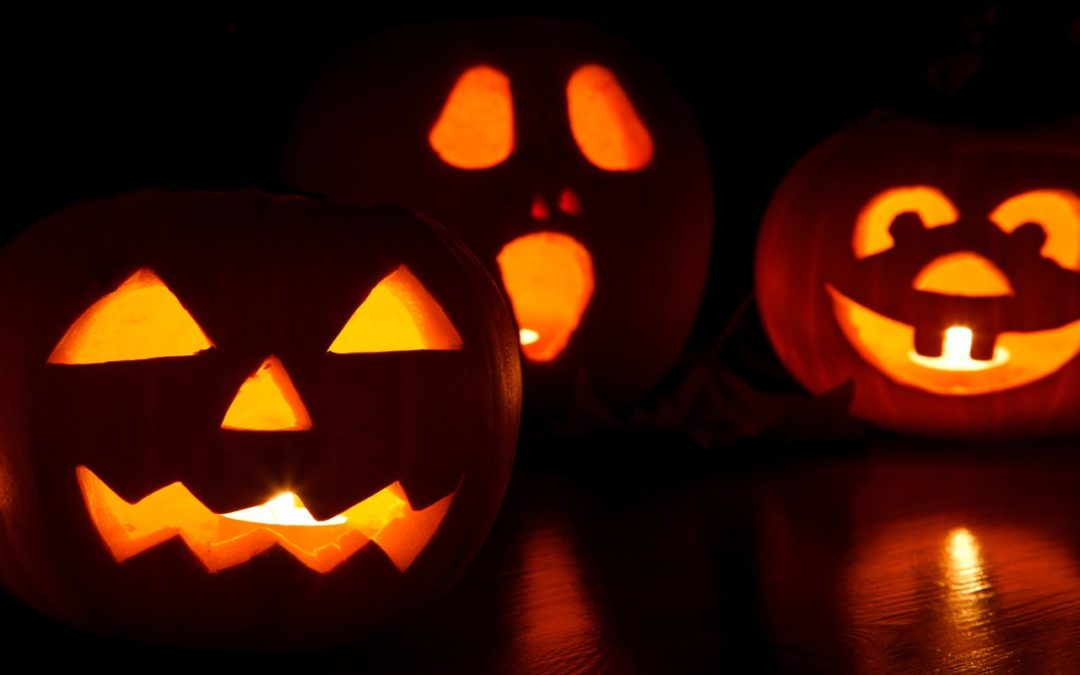